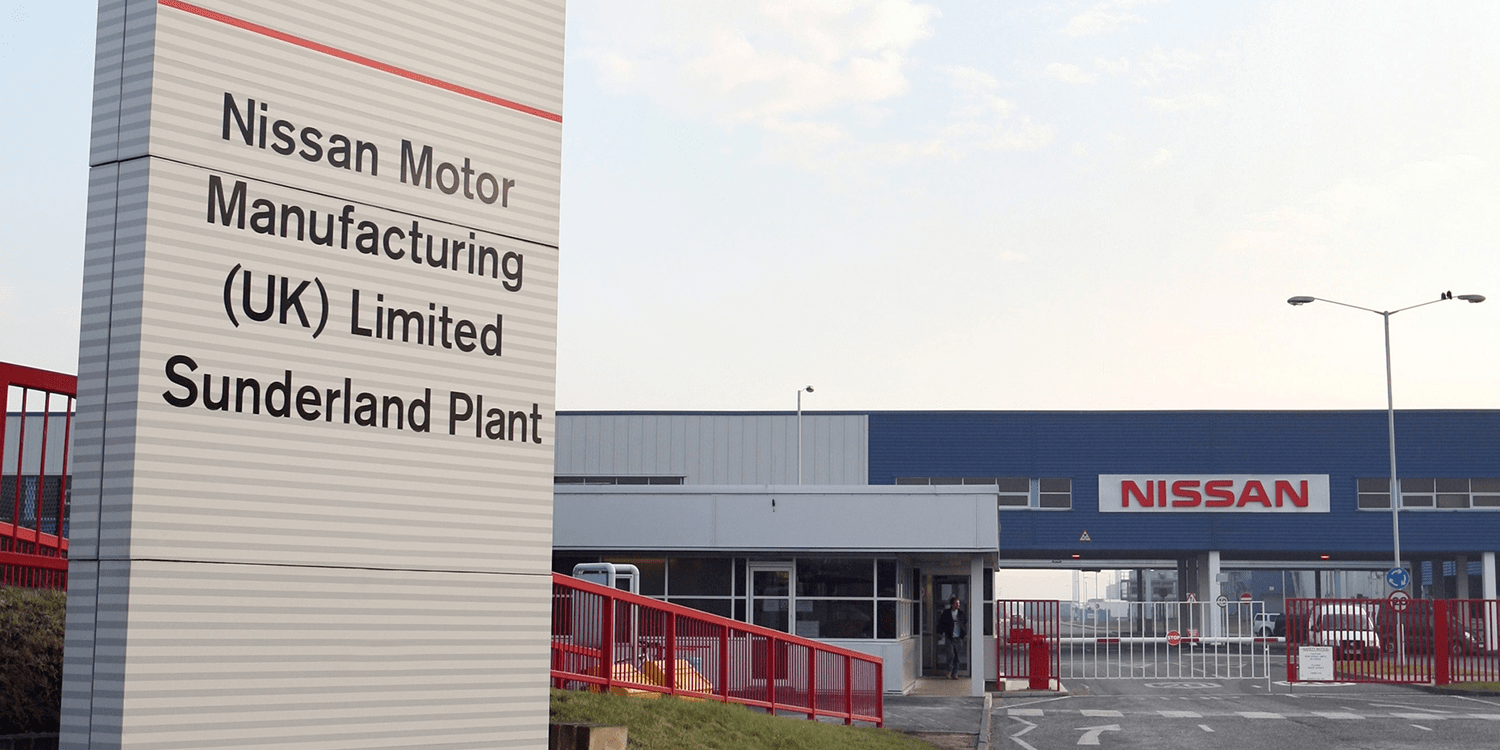 The future of the British Nissan plant in Sunderland is secure in the long term due to the trade agreement reached between the UK and the EU. In return, the Japanese automaker is even investing in the English site.

As the BBC reports, citing Nissan COO Ashwani Gupta, the carmaker now assesses the Brexit deal as “positive for Nissan.” “It has created a competitive environment for Sunderland, not just inside the UK but outside as well,” Gupta told the BBC.

Nissan wants to build additional battery production capacity in Sunderland, the report states. But at this point, it gets a little vague, as the report claims that the batteries for the Leaf electric model assembled in Sunderland will be imported from Japan.

However, this is simply not true: Nissan opened its own battery cell production for the Leaf in Sunderland in 2012. While the majority of the battery division, called AESC, was sold to Chinese financial investor CSR Capital in 2017, Nissan still holds a minority stake. The deal went sour in 2018, but was picked up by the Envision Group. The Sunderland plant thus still produces cells for the Leaf, which are used in the 40-kWh packs.

The 62-kWh packs for the Leaf e+, on the other hand, come from the AESC plant in Smyrna in the US state of Tennessee, as a Nissan spokesperson clarified when asked by electrive. “With the Brexit deal, tariffs are now coming on the US-made batteries, which would make the Leaf e+ uneconomical for EU sales,” the spokesperson said. “Consequently, production of the 62 kWh battery for the EU Leaf e+ by AESC Envision will also be relocated to the battery plant in Sunderland. This will keep the Leaf e+ competitive for the EU market.”

The trade agreement between the UK and the EU stipulates that at least 55 percent of the value added must be created in the UK or EU countries if a car is to be exported duty-free from the UK to the EU. That apparently would no longer have been the case with the Leaf e+’s expensive battery imported from the USA.

“We’ve decided to localise the manufacture of the 62kWh battery in Sunderland so that all our products qualify [for tariff-free export to the EU],” Gupta told the BBC. “We are committed to Sunderland for the long term under the business conditions that have been agreed.” The report does not specify what production capacity Nissan and AESC are targeting for localized manufacturing.

Nissan is now the UK’s largest automaker with its Sunderland plant, which produces the Leaf and the Qashqai SUV model, among others. In the run-up to Brexit, Nissan had repeatedly warned that the Sunderland plant could operate “unsustainably” if the UK left the EU without a trade deal.

The Sunderland plant employs 6,000 people directly at Nissan, but the company says 70,000 people in the supply chain work toward the plant. Sunderland was already building the first generation Leaf for Europe, and since 2017 has been on the second generation.

The battery division, which now operates as AESC, has a capacity of 1.9 GWh per year in Sunderland, according to the company. In November 2020, it was announced that AESC was looking into developing Sunderland into a “gigafactory” site as part of a feasibility study supported by the UK government.

With reporting by Sebastian Schaal, Germany.